Over by the window,
he sat, his back to the wall.
A man alone among the bustling lunch crowd.
Can you see the sadness,
the aching that permeates his entire being?
His heart cries out for a kind word,
a simple smile in his direction.
Yet, the crowd passes by
attuned to their own gleeful chatter.
No one seems to notice, let alone care
about the broken soul that is sitting there.

I walked through the cool recesses of the museum.
past the displays of ancient times onto the section of war.
Recent wars, wars that we learned about in school.
Banners, criss-crossing the air, each broadcasting the propaganda
meant to drive the mighty war machine of men and women.
I walked silently, reverently, past the children
gleefully playing at war on the old tanks and jeeps,
while parents watched, laughing, from the sidelines.
I walked past the displays of memorabilia, pieces of history,
collected as souvenirs, from the fallen bodies
of those we considered our enemies,
instead, just mere lives, tragically cut short by the war.
My mind, and body, are drawn instinctively,
to the display at the end.
The wall that pulls all the displays together, and perhaps,
gives some meaning to those who will listen.
Displays that capture a moment in time
that will forever remain entombed here.
The very wall, that I now stand before.
The very wall that now reaches out,
and with a fierceness grabs and holds my heart
in its soul-piercing grasp.
There it is!

The sum total of this not so ancient war.

It is hanging in all it’s crisp folds and pristine stars!
It’s color’s brightly preserved for the future generations,
who will look on it, and question, Why?

Our flag is now safely ensconced
within it’s controlled environment casement.
But for as much as the flag alone means, to those of us
who call ourselves Americans.
It is not the flag that yanks at the heart and soul,
bringing the hot, regretful tears to my eyes.
My soul is pierced to the very core by the old, bent and rusted dog tags,
No doubt found on some distant body unknown to me.
They are glued in their place,
to look like they have been lovingly hung on the corner
of the old, yellowed photograph just today.
The photo is of a handsome, uniformed man,
caught in a moment with a gentle smile on his lips,
reminiscent of his cherished youthful exuberance.

He is now, never to grow old, forever caught as a youth.
His gentle life lost on some far away shores.
Now remembered, in the climate controlled atmosphere of a museum,
where children play at war on the very means of his destruction.

Standing by the window
I see your treasures on the sill
the little mollusk shells we found
that day as we walked the river bottoms
the soil slurping at the soles of our boots
and oh, I remember the wonder of your eyes
through goggled eyes as we dove
in the cove of bequia’s reef
I smiled around snorkeled tubing
as you dove and swam in circles
excited as could be then
watched the screaming bubbles
as the barracuda rounded the
end of the fernie leafed reef
I laughed and nearly drowned
as you then tried to run on water
only to dive again in search
of more seaborn treasures
you brought it up between your toes
and fondled it’s rounded curve
with almost religious reverence
you smiled and screamed “Sanddollar”
it echoed in my ears like the sound
of the oceans rumble in the nautilus shell
you so lovingly cleaned and gave to me
I remember your beautiful dancing
in the surf beside the sea
the water seemed to fill your soul
as you sang out your morning praise
I will forever remember
those evening walks in the sand
then I turned and looked out the window
across the waves with splendor
I heard wafting notes of your song
I saw your soul’s fire dancing

He sat back at a side table
Rarely speaking,
always listening,
always watching.
He wheezed with labored breathing
His portable oxygen tank and walker at his side
Always, yet never, involved with activities
A sadly forlorn sort of man
His inward pain too great
To allow himself any joy.

Tomorrow is the anniversary
of my trip to hell
it is the day I buried my lover
beneath that tree up on the hill
the tree was just a sapling
as we planted it above his grave
A marker to be remembered
a lasting, Living, reminder
of the hours spent
in heaven’s passion, so
tomorrow is the anniversary
of my trip to hell
today, I gather up the roses
I climb atop the hill
I have not been here in ages
too hell-like to my soul
I lean down and drop the blossoms
one by one where hands should be
Your face I see, within the bark
Your voice I hear among the leaves
Your love-spent smell wafts down to me
as I look up into your tree.

In honor of Officer Mark Brown, who was killed in an explosion while doing a building check.

I found myself standing back,
Hidden among the mourning crowd.
And, I grieved inwardly for a soul
I’d never had the opportunity to meet.
Still, I knew the profoundness of the loss
That our small community would feel.
We’d feel the loss in the smallest of ways
Like the end of their evening patrol,
And the cessation of their joyful laughter
Carried on the wisps of the evening breeze.
So, now, we stood
A small community thrown together by their grief
We, who would forever mourn,
The loss of a soul seemingly gone unnoticed
Until with sudden clarity, ceased to exist.
Left behind are we, in all our shattered realities
Left behind, also, a community now united.

We found his body
Bloody
Broken
By the stream.

The odor of death
Rancid,
Putrified,
Accosting the nostrils.

He had a name
A wife,
A family,
Now left in pain.

My friend, where are you?
Your face, I see in dreams.
I awake, and you are gone.
Your hands, I see busy at work.
I turn, and they are forever still.
Your work, has left an indelible mark.
My friend, you have parted.
Your pain, now gone forever.

Hot on the Screen

The Catalog of Leaves 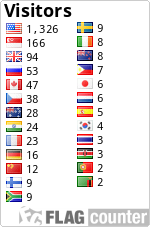 looking for beauty in the small things

Growing older is inevitable. Growing up is optional.

We are all Kindred Spirits; connected in Life

"Drawing is not an exercise of particular dexterity, but above all a means of expressing intimate feelings and moods." (Henri Matisse)

GardenPoetica
Create a free website or blog at WordPress.com.